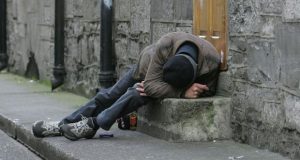 Addiction is an irregular and abnormal brain defect that affect the neurological system and is majorly caused by repeated practice of any act. It could also be known as a disorder in the brain’s reward system through uncontrolled participation in a particular act, despite the projected end result of such act. Addiction can come in several forms regardless of what the intent or interpretations of the society about its ethical stands can be, either good or bad.

Forms of addictions in Canada

An addiction need not be necessarily be bad in that sense as the society paints it to be, it is simply an act that a person carries out consistently and effortlessly without regret, whilst disregarding the adverse outcome of the act. Some of the acts people do get addicted to may include gambling, drinking alcohol, reading, sex, talking and chatting, taking illicit drugs, taking various substances such as heroin, cocaine, tobacco, marijuana, caffeine etc.

Impacts of the trend on Canadians

According to researches that have been carried out over the years, it has been discovered that the most prominent addiction in Canada is the regular intake of alcohol. However, there are still other addictions that are also found within the confines of the country such as gambling, aggravating sexual desires, drug abuse etc. In 2012, about 18.1% of the total populace of Canada were regarded as being entrenched in alcohol addiction, and in the same wise it grew over the years to about 19% of the total population, in 2016.

Between 2015 and 2016 a number of Canadians were hospitalized, due to the fact that they had defects caused by alcohol. Some of these defects that were reported to be caused by alcohol are heart attack, kidney diseases, and liver malfunction among others.

Other addictions in Canada

In recent times, a large number of illnesses that are being brought to Canadian hospitals for treatments are majorly recorded to be caused by excessive intake of alcohol, which in other words could be called alcohol addiction. However, some other addiction such as substance addiction and gambling are also domicile in Canadians.

Due to the nature of the country, being a nation that is endowed with resources and technological advancement, citizens and other residents of the country who cannot afford to meet up with the financial standards of their peers, are usually engaged in gambling to meet their daily need.

The improper use of pharmaceutical drugs such as pain relievers, syrups, antibiotics and other related drugs is also practiced in the country. This is generally known as drug abuse. It is the use of drugs without paying proper cognizance to the recommended prescription of such drug.