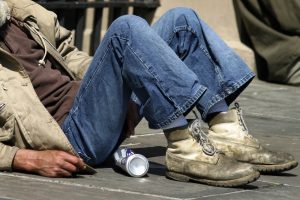 Addiction is a chronic brain disorder that is characterized by the unusual craving of certain substances or activities which are known as addictive stimuli, these activities are perceived by the brain to be pleasurable and desirable hence the affected personality will repeatedly seek exposure to the stimuli.

North America is a continent located in the Northern and Western Hemispheres of the world, it is the third largest continent by land area in the world following Asia and Africa.

Introduction to the Addictive Trends

From the 16th century, tobacco smoking had become a widespread tradition and even until today, it is a lifestyle in many parts of the world. Most commonly abused substances in North America include tobacco, alcohol, illicit drugs such as methamphetamine, cocaine, heroin.

Prescription drugs, hallucinogens, pain relievers and inhalants are also commonly abused substances in North America. The economy of many of these nations plays a part in the formative process of addiction trends in society, in particular nations, increase in the poverty level causes people to be more involved with cheaper substances that can be more addictive and also taking examples like the Colombian cartels, the rise of the Colombian cartels in the 90s and the 80s also propelled the addictive use of cocaine in North America and the world at large.

Due to the peculiarities of the culture and geographical landscape of almost nation in North America, trends of addiction ranges from part to part. Panama, for example is a reputed hot spot for the abuse of cocaine due to its geographical location with closeness to Colombia which was reputed to be the cocaine capital of the world, its abuse of cannabis exceeds that of every nation around it.

For a nation like Jamaica, the substances most people become addicted to are alcohol and cannabis also known locally as ‘ganja’. In the United States, most people suffer addiction to marijuana as it is being legalized in certain states of the country. In Canada, prescription opioids are becoming a huge source of addiction to local citizens. Mexico, on one hand is a popular transit point for illegal drugs into the US so substances such as cocaine are on very high demand in this country.