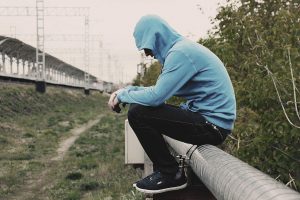 Addiction is a complex brain reconfiguration that happens as a result of consistent practice of an act. It is an act that becomes uncontrollable irrespective of the possible aftermath of the act. People often suffer from addiction sometimes and do not make it known to their friends and loved ones, because some addictions could be very terrible and dimming. Consequences of addictions usually vary along their types and causes.

Types of addiction in Canada

These addictions could be widely classified according to the nature of their causes into two, which are:
Chemical based addictions and Behavioral addiction.

These are addictions that are caused by persistent use of drugs and alcohol. Such addiction will be easily eradicated only if such chemical substances could be kept away from the addict. Basically, this type of addiction majorly consists of two sub-classifications: substance addiction and alcohol addiction.

Substance addiction: is a kind of addiction that is characterized by an uncontrollable intake of drugs. It could otherwise be referred to as drug addiction or in the general term, drug abuse. Drug abuse is basically the improper use of drug or the use of drug without a recommended prescription from a medical personnel or the use of illicit or unlawful drugs. The consequences of this kind of addiction can be unbelievably out of place, some of them are in relations to adverse health conditions such as heart attack, mental disorder, liver disease, dizziness, high blood pressure, eye defect etc.

Alcohol addiction: is the type of addiction that is majorly a part of Canadians. In the last 3-4 years, it has been recorded that about 20% of the total population of Canada is relatively obsessed with drinking alcohol. The report was drawn from series of individuals who were reported to being hospitalized due to illnesses caused by excessive drinking. Some of such reported illnesses are kidney failure, mental imbalance, erectile dysfunction, blood diseases etc.

These kinds of addiction are displayed by conduct and act, they do not necessarily need to be propelled by an external substance such as drugs and alcohol. They are innate addictions that an addict has persistent urge to satisfy irrespective of the societal inference or effect.